Most businesses view their website as one of their biggest assets, but it can also be the biggest vulnerability if if you’re not protected from network security threats. Network security threats/risks are such a problem as you may not be aware of an issue until the damage has been done.  If you haven’t already, you need to start protecting your organisations’ network now.

Seeing these threats as random attacks that can only be stopped after they occur is an expensive view to take, a the level of effort and expense to resolve attacks can be massive.  However, most attacks are coordinated and somewhat predictable. Cyber criminals often use the same methods of entry and similar types of attacks to steal data or money.

More and more cyber crimes are committed by larger organisations that employ a tactic known as spear fishing. This is the act of gaining entry through an employee’s account, posing as the employee, then getting further into the company. A variation of this type of attack is to pose as a member of management or authority figure, then transfer funds or data to an outside account.

A third type of attack is when hackers gain access and hold data or a website and demand funds in return. A denial of service (DOS) attack can shut down a website for hours or days.  All of these attacks can be tracked and spotted as they develop. Because it is possible to monitor cybercrime, we can adapt to meet the challenges.

Computer viruses are one of the most common threats to cybersecurity. Statistics show that approximately 33% of household computers are affected with some type of malware, more than half of which are viruses.

Computer viruses are pieces of software that are designed to be spread from one computer to another. They’re often sent as email attachments or downloaded from specific websites with the intent to infect your computer, and other computers on your contact list, by using systems on your network. Viruses are known to send spam, disable your security settings, corrupt your files and delete valuable data from your computer including personal information such as passwords, at worst viruses have the potential to wipe clean your entire hard drive.

Leveraging the fear of computer viruses, scammers have a found a new way to commit Internet fraud.  Rogue security software is malicious software that misleads users to believe there is a computer virus installed on their computer or that their security measures are not up to date. Then they offer to install or update users’ security settings. They’ll either ask you to download their program to remove the alleged viruses, or to pay for a tool. Both cases lead to actual malware being installed on your computer.

A “Trojan horse” refers to tricking someone into inviting an attacker into a securely protected area. A “Trojan,” is a malicious bit of attacking code or software that tricks users into running it willingly, by hiding behind a legitimate program.

They spread often by email, it may appear as an email from someone you know, and when you click on the email and its included attachment, you’ve immediately downloaded malware to your computer. Trojans also spread when you click on a false advertisement.

Once inside your computer, a Trojan horse can record your passwords by logging keystrokes, hijacking your webcam, and stealing any sensitive data you may have on your computer.

By “adware” we consider any software that is designed to track data of your browsing habits and, based on that, show you advertisements and pop-ups. Adware collects data with your consent, and is even a legitimate source of income for companies that allow users to try their software for free, but with advertisements showing while using the software. The adware clause is often hidden in related User Agreement docs, but it can be checked by carefully reading anything you accept while installing software. The presence of adware on your computer is noticeable only in those pop-ups, and sometimes it can slow down your computer’s processor and internet connection speed.

When adware is downloaded without consent, it is considered malicious.  Spyware works similarly to adware, but is installed on your computer without your knowledge. It can contain keyloggers that record personal information including email addresses, passwords, even credit card numbers, making it dangerous because of the high risk of identity theft.

Computer worms are pieces of malware programs that replicate quickly and spread from one computer to another. A worm spreads from an infected computer by sending itself to all of the computer’s contacts, then immediately to the contacts of the other computers.

A DoS attack is performed by one machine and its internet connection, by flooding a website with packets and making it impossible for legitimate users to access the content of flooded website. Fortunately, you can’t really overload a server with a single other server or a PC anymore.

A DDoS attack, or distributed denial-of-service attack, is similar to DoS, but is more forceful. It’s harder to overcome a DDoS attack. It’s launched from several computers, and the number of computers involved can range from just a couple of them to thousands or even more.

Since it’s likely that not all of those machines belong to the attacker, they are compromised and added to the attacker’s network by malware. These computers can be distributed around the entire globe, and that network of compromised computers is called botnet.  Since the attack comes from so many different IP addresses simultaneously, a DDoS attack is much more difficult for the victim to locate and defend against.

Phishing is a method of a social engineering with the goal of obtaining sensitive data such as passwords, usernames, credit card numbers.  The attacks often come in the form of instant messages or phishing emails designed to appear legitimate. The recipient of the email is then tricked into opening a malicious link, which leads to the installation of malware on the recipient’s computer. It can also obtain personal information by sending an email that appears to be sent from a bank, asking to verify your identity by giving away your private information.

Rootkit is a collection of software tools that enables remote control and administration-level access over a computer or computer networks. Once remote access is obtained, the rootkit can perform a number of malicious actions, they come equipped with keyloggers, password stealers and antivirus disablers.

Rootkits are installed by hiding in legitimate software, when you give permission to that software to make changes to your OS, the rootkit installs itself in your computer and waits for the hacker to activate it. Other ways of rootkit distribution include phishing emails, malicious links, files, and downloading software from suspicious websites.

We know today that many servers storing data for websites use SQL. As technology has progressed, network security threats have advanced, leading us to the threat of SQL injection attacks.

SQL injection attacks are designed to target data-driven applications by exploiting security vulnerabilities in the application’s software. They use malicious code to obtain private data, change and even destroy that data, and can go as far as to void transactions on websites. It has quickly become one of the most dangerous privacy issues for data confidentiality.

Man-in-the-middle attacks are cybersecurity attacks that allow the attacker to eavesdrop on communication between two targets. It can listen to a communication which should, in normal settings, be private.

If you’re not updating your software as regularly as you should, you could be putting your company at risk.  Outdated software can eventually slow you’re entire network down to the point where you can’t get work done. It could cause your site to crash, and while it’s down, you could be losing customers. If you’re an entrepreneur or small business, that could be a major issue.

Where users do not adhere to network policy. People frequently ignore rules, or accidentally or deliberately break them. Even the most trustworthy employees can pose a threat to your network security. A lack of education about best security practices can put your company in a vulnerable position.  Make sure your employees understand how they can best protect your company, whether it’s through education on secure file sharing or curating a list of websites they shouldn’t visit on the organisations’ network.

Where a network does not have security rules in place for users to follow.  Poor network policies tend not to have:

Whether their ultimate intention is harming your organisation or stealing its information, attackers are probably already trying to crack your network.  There is no way to be completely sure that a system is impenetrable by cybersecurity threat. We need to ensure that our systems are as secure as possible. However, prevention of future attacks has never been easier than now with our up-to-date cyber intelligence data.

Have a question? We’re here to help.

You can reach us through our contact form, by email, or by phone.  We will get back to you within 1 business day. 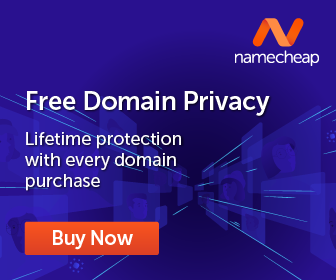 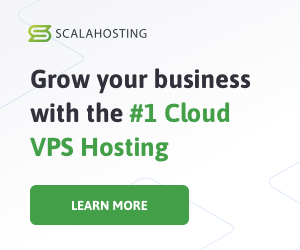